Check out these books! 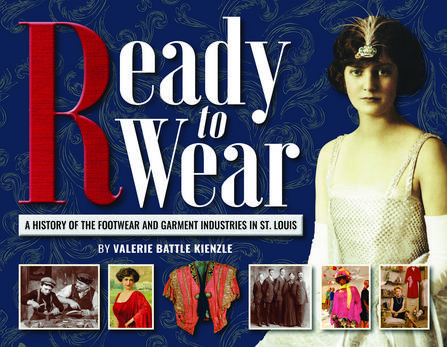 Why are turtles incorporated into the wrought iron fence at The Old Court House?  Can beaver be eaten during Lent?  Why are pieces of metal track imbedded in some local streets?  Who is Sweetmeat, and should he be avoided?  These and other questions about St. Louis routinely perplex both natives and newcomers to the area.  Part cultural study of The Gateway City and part history lesson, this updated version of the 2016 book reveals the backstories of more local places, events, and beloved traditions that contribute to STL's unique character.

Want to know why St. Louisans are so obsessed with soccer or why the acclaimed Missouri Botanical Garden contains a Japanese garden?  Look no further.  Dig into this informative and entertaining update for answers to those and dozens of other questions.​ 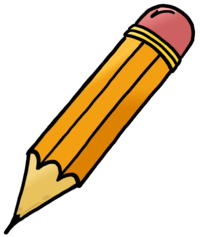 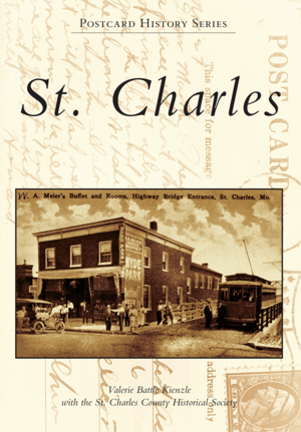 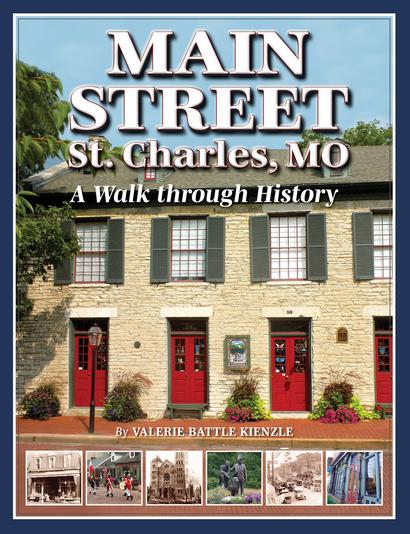 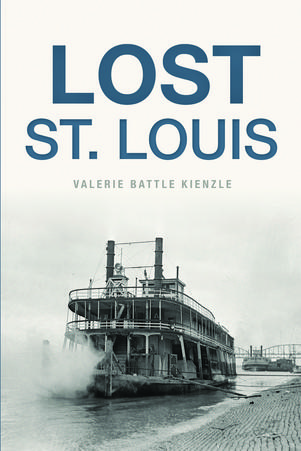 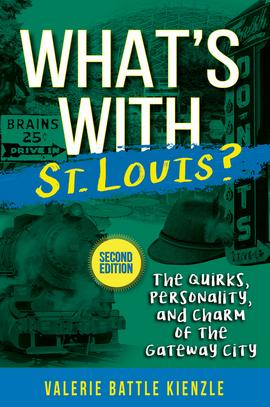 The book includes four easy walks, plus several suggested short side trips. Each walk includes a detailed map with points of interest, and each point of interest is accompanied by brief historical information and photographs.

Check out Missouri's first State Capitol buildings. Traverse streets and sidewalks paved with handmade bricks. See places explorers Lewis and Clark saw prior to their historic Corps of Discovery trip, and try to imagine what it was like to travel west by wagon on the Boone's Lick Trail.

Join author, longtime resident, and history enthusiast Valerie Battle Kienzle on this tour of Main Street, St. Charles. Whether you're a local or a visitor, this book will help you see St. Charles from a whole new angle. 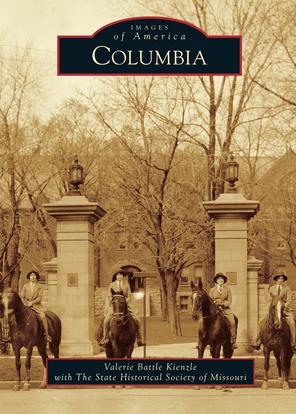 ​​​​​St. Louis has been a shining beacon on the shores of the Mississippi River for more than 250 years, and many iconic landmarks have come and gone.  The city hosted the Louisiana Purchase Exhibition, the World's Fair, in 1904, with beautiful acres of buildings, gardens, and fountains, nearly all of which are lost to time.  Fabulous Busch Stadium now sits on an area that was once a vibrant community for Chinese immigrants.  The St. Louis Jockey Club was an expansive and popular gathering spot in the late 19th century until the state outlawed gambling.  The Lion Gas Building was home to a unique mural featuring more than 70 shades of gray in tribute to famed aviator Charles Lindbergh.

This book provides a fascinating look at some of the lost and forgotten landmarks of the Gateway City. 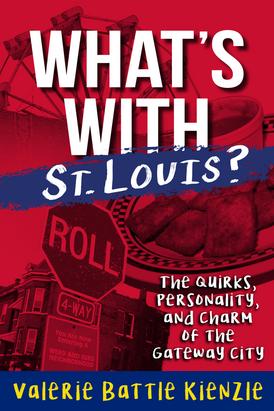 ​​​​​​​​​​​​ St. Louis is known by many names--Mound City, Gateway City, The Lou, River City, St. Louie, STL, and Gateway to the West. Whether you're a newcomer or a lifelong resident, St. Louis has much to offer.  Like a colorful patchwork quilt, St. Louis is made up of an assortment of people, neighborhoods, activities, and influences that together contribute to its unique character.

What's With St. Louis? provides a glimpse at life in this unique Midwestern city--from food, weather, and sports to treasured architectural jewels and quirky St. Louis-isms.  St. Louisans embrace diversity, value educational and cultural institutions, and love a good celebration.  Think you know everything about this city with the gigantic arch?  What's With St. Louis? tells the rest of the story.​ 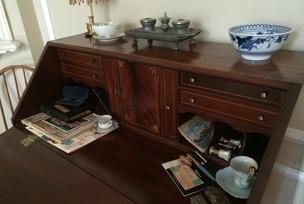 ​Incorporated in 1809, St. Charles has distinguished itself as a historically significant city with a small-town feel.  Located on the banks of the Missouri River, St. Charles has been called the "Williamsburg of the West."  Repurposed buildings draw thousands of visitors each year, yet the city's historical importance is more than streets and structures.

St. Charles was the scene of notable events, including the 1804 launching of Meriwether Lewis and William Clark's exploration of the Missouri River and land in the Louisiana Purchase.  The first state capital was located there from 1821 until 1826.  Pioneer Daniel Boone settled there and helped create Boone's Lick Trail.  It became a major artery for settlers, leading to the development of the Santa Fe and Oregon Trails.  In 1956, the first section of the Interstate Highway System opened in St. Charles.

The St. Charles County Historical Society has collected thousands of items related to life in St. Charles, including more than 200 photographic postcards.  Most cards date to early 20th century – the “Golden Age” of postcards.  This book provides the story behind the postcard images – the people, places, and things that helped make St. Charles what it is today.  ​

​   Columbia has distinguished itself as a leader in educational excellence since its 1826 incorporation. Early residents so valued education that three institutions of higher learning were established there by the mid-19 century: Stephens College, Columbia College (formerly Christian College), and the University of Missouri.

Located in the state's center, this Midwestern city with a small-town feel has witnessed a nonstop influx of people and growth since its first years.  The Boone's Lick Trail passed through Columbia, connecting the early National Road with the Santa Fe and Oregon Trails. Numerous battles were fought in Missouri during the Civil War, but none in Columbia.  Those who protected Columbia against possible encroachers were from the Columbia Tigers Company.  "Tigers" was the name later adopted by the university's athletic teams.

This book provides the story behind some of The State Historical Society of Missouri’s images of life in College Town, U.S.A. – the people, places, and things that helped make Columbia the city it is today.

St. Louis was founded as a fur-trading village in 1764. Located on the banks of the Mississippi River, it became a center of fur trading, cotton and wool

distribution, footwear, and ultimately clothing production in the 19th century. Few today would believe that the junior dress market segment was born,

developed, and flourished in St. Louis from the 1930s through the 1960s. Buyers for high-end New York retailers flocked to St. Louis twice a year to view

and order dresses and footwear. But The River City was a leader in shoes and clothing long before it introduced the junior clothing trend.

Ready to Wear is the story of the birth, growth, decline, and rebirth of two wearable industries in St. Louis, Missouri—footwear and garments, alike in

their end products but drastically different in their production processes. It takes a unique look at footwear and clothing through factual narrative,

downtown. The streets were once filled with bustling crowds of workers, carts, and wagons loaded with raw materials and finished products. The

nonstop drone of stitching machines and automated production were heard on every street corner. At that time, St. Louis, the fourth largest city in the

US, was a major hub in the footwear and clothing manufacturing industries. It’s been said that the street literally buzzed and hummed with the activity of

Today Washington Avenue has overcome a period of decline to become an urban, hip destination filled with repurposed buildings and amazing

architectural details. It’s a place alive with residences, nightlife, dining options, and businesses. Thanks to the tireless efforts of local preservationists,

most area structures are listed on the National Register of Historic Places.

yesteryear. You’ll find a surprising fashion-industry hub right in the heart of the Midwest, and a lengthy and impressive history of renowned fashion

innovators on every page.